Anguilla is the most northerly of the Leeward Islands in the Lesser Antilles, well known for its pristine beaches and blazing sunshine. The Queen’s Baton has shimmered and shone under the Caribbean sun for the past two days, visiting all the sites the island has to offer.

With Sandy Ground, Shoal Bay, Rendezvous and Blowing Point, the baton hasn’t been short of incredible beach locations to visit. The small island nation currently stands at a population of approximately 15,000 people, who were ecstatic to see the baton tour the island.

The Queen's Baton was treated to an impromptu spelling of ‘QBR’ by schoolchildren at James Ronald Webster Park – standing upon the beach and linking hands to form the letters and a great show of support for the baton. 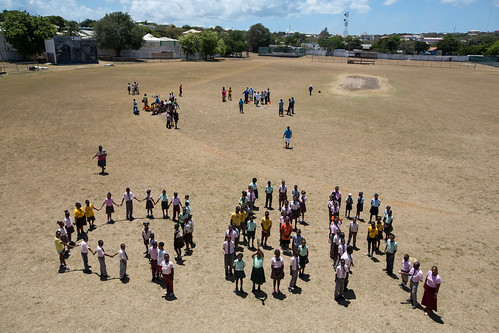 Young schoolchildren lined the scorching sun-baked roads to catch a glimpse of the baton. They cheered the batonbearers on whilst sporting transferrable tattoos of Clyde, the Games mascot, on their cheeks. 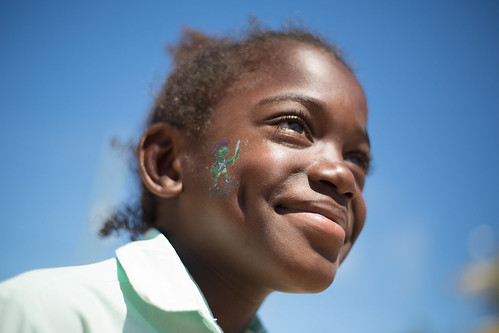 The Queen's Baton arrived at the tennis academy in Anguilla where the young students were keen to be involved, keen to be seen and keen to touch and hold the baton. 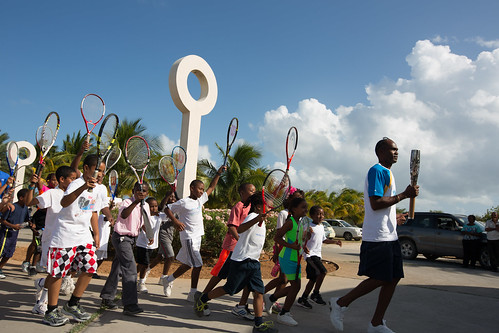 As the sun set on the two days of relay events, the great reggae musician Bankie Banx sang in his beachside bar and a rider on horseback took his steed into the water to cool down, all the while holding the baton aloft.

As sails were tied, boat decks washed and the blue waters sparkled, another nation had enjoyed a visit from the baton. Next the journey will continue through the Caribbean, to the British Virgin Islands!

View the images from Days 173, 174 and 175 as the Queen's Baton Relay journeyed through Anguilla.